The event was the first ever global discussion on child rights mainstreaming at the UN level involving civil society and child human rights defenders. It built on the 2020 high-level panel on human rights mainstreaming of the Human Rights Council where the UN and States discussed gaps and made recommendations that are yet to be followed up. The Chair of the Committee, Ms Mikiko Otani, acknowledged during the event that “a coordinated UN system-wide support to States to implement the Committee’s recommendations is still lacking”. The EU representative, Mr Colin Scicluna, highlighted that “Mainstreaming the rights of the child should be further promoted at the UN system” and that “we need ensure that mainstreaming is more than just a buzzword. We will not be effective, unless we involve children and young people.”

There were clear and strong calls for accountability of the UN and States on the full implementation of the UNCRC and for children to be central to forthcoming work on child rights mainstreaming in the three pillars of the UN system (development, human rights, and peace and security). The Ambassador of Bangladesh to the United Nations in New York, Ms Rabib Fatima, stated that “UN agencies should be guided by the CRC” and that “mainstreaming children’s rights in the UN system would require ownership by all the agencies…” 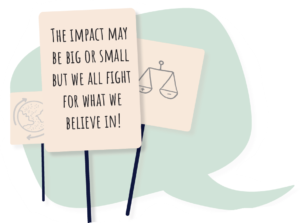 The event was an opportunity for Child Rights Connect’s Children’s Advisory Team to launch the child-friendly Guide ‘Putting the Rights of Child Human Rights Defenders into Practice’. The Guide (in English, French and Spanish) is hosted on Child Rights Connect’s new website on child human rights defenders. During the event, child advisors stressed that this Guide can help the UN to put focus on neglected rights, such as civil and political rights, therefore enhancing child rights mainstreaming.

Child human rights defenders Joshua, Jorge, Rebeca and Vinuki, who participated as co-moderators or panelists, highlighted that the lack of child rights mainstreaming, including at the UN, has consequences on their lives and called for children’s participation (and empowerment from adults) to address these challenges:

“…children and adolescents face many problems in a world where making ourselves heard brings more difficulties than solutions… we are not always taken seriously or we are not treated with the same respect…” (Rebeca, El Salvador)

“…most child human rights defenders remain unaware of their rights as defenders because there’s not enough child friendly information out there.” (Vinuki, UK)

“…children and adolescents fear to take to the streets to claim for their rights to protest because their rights are violated… they also fear for their safety when talking about what is best for them because they may be subjected to reprisals from the adult population.” (Jorge, Bolivia)

“The solution involves children, representing them at every level of decision making, from the very high level engagement to the actual on-the-ground work that’s being done in many nations.” (Joshua, Canada)

The Special Representative to the Secretary General on violence against children, Najat Malla M’jid, reinforced the children’s messages by stating that: “In order to maximise the impact of children´s global mobilisation, we need to do a lot as UN system for a comprehensive and explicit consideration of children among all priorities such as the SG call for action and common agenda. The visibility given to youth should be mirrored for children, especially of youngest age.”

The co-sponsors of the event, the European Union and Uruguay, used it as an opportunity to invite everyone and the UN membership to support the proposal in the Resolution on the Rights of the Child that is currently being negotiated in the Third Committee of the General Assembly. The Deputy Permanent Representative of Uruguay to the UN in New York, Ms Gabriela Gonzalez, highlighted that the current draft Resolution includes the following language: “all organs, bodies, entities, organizations and mechanisms of the United Nations are requested to mainstream the protection, respect and fulfillment of rights of children through all their activities.”

Child Rights Connect has been mobilizing civil society organisations to join forces and call on the UN to put child rights at the core of all its actions. Read our position paper in response to the SG report “Our Common Agenda” which provides arguments for a UN-wide strategy on child rights.