New! Child-friendly International Convention on the Elimination of All Forms of Racial Discrimination (ICERD)

New! Child-friendly International Convention on the Elimination of All Forms of Racial Discrimination (ICERD)

On Human Rights Day 2021 and on the 20th anniversary of the Durban Declaration and Programme of Action (DDPA), we are launching, with IMADR, a new child-friendly International Convention on the Elimination of All Forms of Racial Discrimination (ICERD) and its standards. This new resource seeks to raise awareness of international human rights standards against racial discrimination and as a tool for child human rights defenders!

Child human rights defenders have been increasingly active in speaking up against racial injustice and inequalities, most recently as part of the #BlackLivesMatter movement. These activities, including debates, campaigns and protests, have exposed a long-standing gap in accessible, age appropriate information and understanding on the international human rights standards for the protection from racial discrimination. 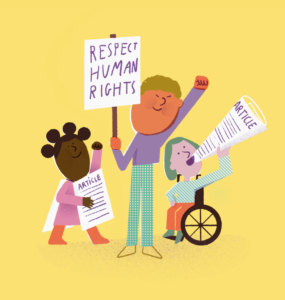 The International Convention on the Elimination of All Forms of Racial Discrimination (ICERD) was the first of the core international human rights instruments adopted in 1965 and outlines the specific human rights of people of African-descent, minorities, indigenous peoples, people discriminated on the basis of caste or descent, stateless persons, migrants including refugees and asylum-seekers. Yet it remains unknown to children and most adults outside the field of human rights.

The purpose of this new resource is to serve as a material for human rights education for the general public, especially for children, to learn the international human rights standards against racial discrimination including the State obligations. It is designed to be a practical tool for civil society and other stakeholders for promoting public awareness on the Convention and supporting the activities of child human rights defenders.

There is yet to be children’s participation in the reporting to the Committee on the Elimination of Racial Discrimination and we hope that this new child-friendly resource will help to change this!

The document covers up to 34 Articles of the Convention and Key General Recommendations on specific groups (indigenous people, Roma, African Descent, Non-citizens) in English, French and Spanish. It has been the result of efforts from child human rights defenders across all regions (from Mexico, Peru, Switzerland, South Korea, Bangladesh and members of our global Children’s Advisory Team) who have taken time to review the text and design. We wish to say a big thanks to all the children and supporting organisations who have been part of the process! 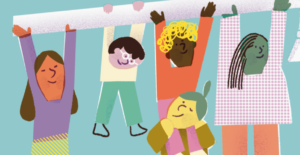 This project was realized from two organizations’ collaboration as members of TB-Net- NGO Network on UN Treaty Bodies and will inspire future child-friendly versions of other Treaties – stay tuned! It has been beautifully illustrated by Naida Mazzenga.

Please share widely with your networks and send any feedback/opportunities to collaborate using this resource to [email protected].